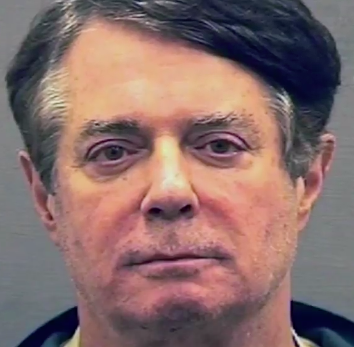 One fact that gets lost in the U.S. domestic politics of impeachment is just how large Americans loomed in Ukraine.

During the Maidan revolution of 2014. Paul Manafort, President Trump’s convicted campaign manager, wasn’t just a political consultant. he was a geopolitical kingmaker with a soft touch. He brought together the pro-Russian government and the leadership of the European Union to make a deal that left one opposition oligarch sitting in her jail cell.

Manafort organised the lobbying campaign on the orders of Ukrainian president Viktor Yanukovych, who was ousted by mass demonstrations in Kyiv when he eventually failed to sign the deal. The information backs up allegations made by US special consul Robert Mueller that, as part of the campaign to do an Association Agreement deal, Manafort retained EU “super VIPs” to lobby for Yanukovych. The flight records also reveal Manafort remained a player in Ukraine after the Maidan revolution until as late as 2015. 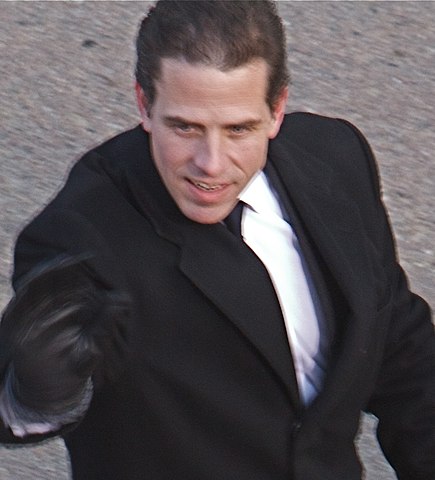 Some inconvenient truths in this post from Yasha Levine, author of Surveillance Valley, a history of Pentagon-Silicon Valley collaboration.

From Paul Manafort, President Trump’s campaign manager, to Tad Devine, Bernie Sanders’s 2016 strategist to Hunter Biden, son of the Democratic candidate, feeding at the Ukraine trough has been the norm.

Levine is not making excuses for Trump’s attempted extortion of Ukraine president, Volodymyr Zelensky, but in the annals of U.S.-Ukraine relations, American heavy-handedness (and greed) has been the norm.

The truth is that America has been meddling and messing with Ukraine so persistently for so many years that no one thinks there’s anything wrong with it. It’s been the normal way of doing things. That’s why Joe Biden sat around yuk-yuking it up at the Council of Foreign Relations, bragging about bossing Ukraine’s former oligarch-president around — as if this elected billionaire leader of a foreign nation was nothing but a busboy working in Joe’s Delaware country club for tips. And why not? That’s how Americ

For years, America and its allies have leveraged and magnified this instability. They’ve worked with oligarchs and backed one clan against another in an attempt to destabilize the country and to peel it away from Russia’s sphere of influence — all while turning Ukraine into fertile source of plunder: contracting opportunities, lobbying gigs, foundation support, non-profit donations, cushy corporate board seats, and all the other perks that America’s political elite get for managing the empire. You can run down the line: the Clinton Foundation, Joe Biden’s son, Paul Manafort, Tony Podesta, and all sorts of other top-flight flunkies like Rudy Giuliani. They’ve been skimming money from this impoverished and plundered country with no remorse or regret. 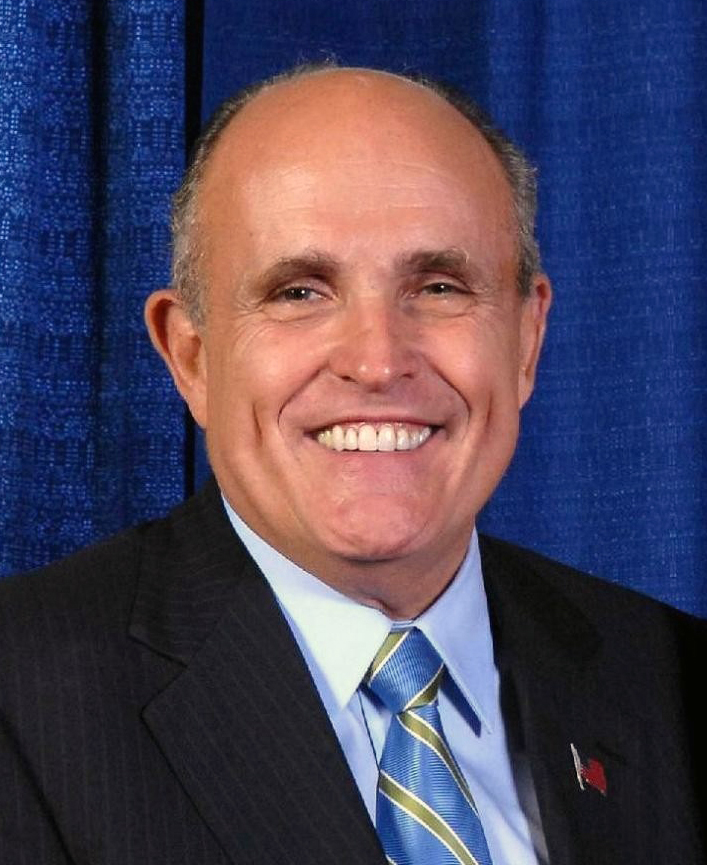 The president’s lawyer, Rudy Giuliani, articulated the permissive rules that the Trump White House wants applied to itself and to no one else.

“There’s nothing wrong with taking information from Russians,” Giuliani said on CNN’s “State of the Union.”

Special Prosecutor Robert Mueller found no criminal conspiracy in the Trump Tower meeting but his two-volume report documents the deception that surrounded the meeting and its aftermath.

Giuliani’s remarks were provoked by Republican Sen. Mitt Romney of Utah, who said in a statement on Twitter Friday he was “sickened” by the findings from Mueller’s 400-plus page report in the Russia investigation. Romney cited details on how the Trump campaign welcomed political dirt from Russia. 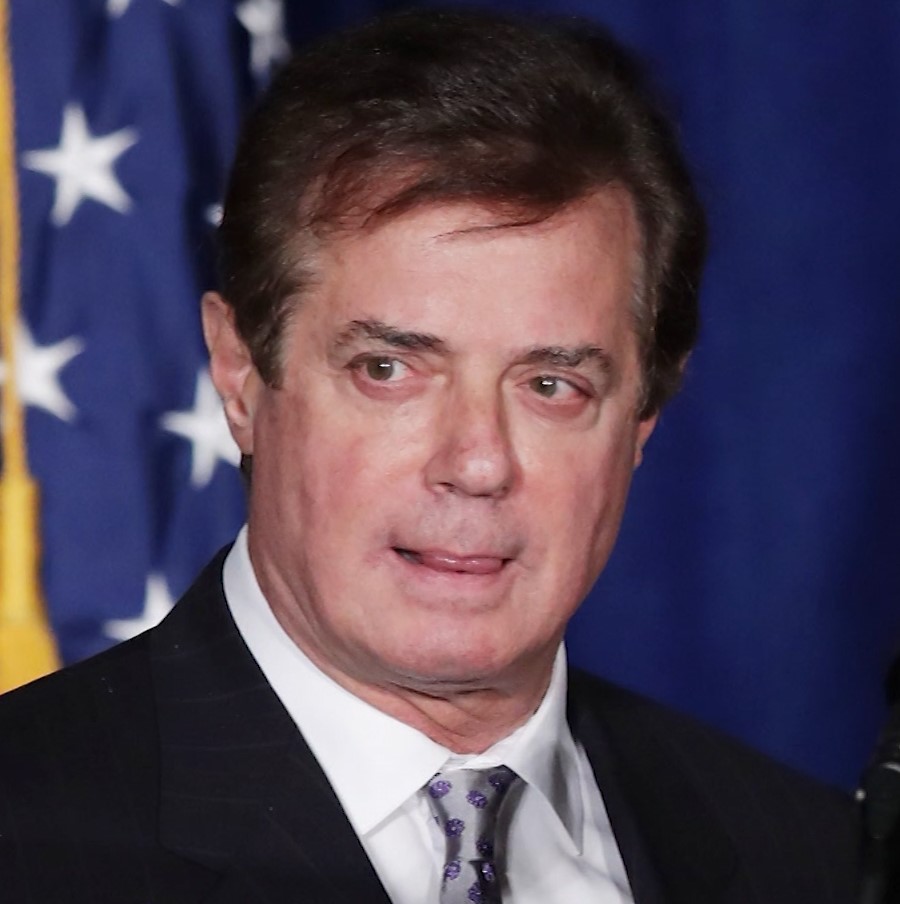 As the Trump-Russia investigation comes to a close, the primary target of special prosecutor Robert Mueller seems to be Trump’s campaign manager Paul Manafort and his Russian translator Konstantin Kilimnik.

Manafort, says Mueller, is a “hardened criminal.” But what is Kilimnik?

The question goes to the heart of Mueller’s investigation. Is Kilimnik and active Russian spy and nexus of Russian influence operation aimed at the 2016 election and executed with help of the Trump entourage?

Or is he just schemer who hooked up with Manafort to cash in and who’s contacts with the Russians did not involve collusion?

Does Mueller have a case for collusion? Or does he have evidence of a lot of contacts that don’t add up to collusion?

Kilimnik gave the impression he might be a spy–which doesn’t mean he was one, says the New York Times.

….for the politicians and oligarchs who were Mr. Manafort’s clients, Mr. Kilimnik’s suspected intelligence connections suggested a seal of approval from Moscow. That was an important selling point, especially when combined with Mr. Manafort’s connections. The perception in political circles in Kiev was that hiring Mr. Manafort’s team would open doors in Washington and Moscow.

Mueller’s indictment hints that Kilimnik is a Russian intelligence operative. He denies it. The strongest evidence of an intelligence connection was his training as a translator at a school used by the GRU, as Russian military intelligence is known.

Kilimnik certainly cashed in during his time as Manafort’s fixer and translator.

Mr. Manafort, who was not known for spreading the wealth among his subordinates, paid Mr. Kilimnik $530,000 for “professional services and administrative overhead for Kiev operations” from June 2013 to January 2014, according to Justice Departmentlobbying filings, which show that Mr. Manafort’s company was paid $17 million over a two-year stretch around that time.

Kilimnik came to Washington for Trump’s inauguration but wasn’t interviewed by the FBI, much to the frustration of Peter Strzok, the agent who oversaw the bureau’s investigation of Russian interference in the election. Strzok was reassigned and later fired for sending text messages critical of Mr. Trump.

“Everything is completely falling off the rails,” Mr. Strzok wrote in a text to a colleague on Jan. 23, 2017 — three days after the inauguration — referring to the missed opportunity.

So Kilimnik was the target of the FBI agents most suspicious of Trump’s Russia dealings. If there was collusion, he was involved. But the case against him, so far, is not strong.

The Senate Intelligence Committee has reportedly concluded that it has no “direct evidence” of collusion between the Trump campaign and Russian officials. Ranking minority member Mark Warner begs to differ.

Is there “direct evidence” of collusion or not?

The answer can be found in the story of Konstantin Kilimik, a longtime associate of Manafort who was trained as a translator at a school run by Russia’s military intelligence service, the GRU.  Today The Washington Post has more detail on why special prosecutor Robert Mueller’s investigation is focused on Kilimnik.

At the time Manafort owed $19 million to Oleg Deripaska, Russian billionaire and friend of President Putin.  Manafort thought the Trump campaign might be a way that he could “get whole” with Deripaska.

According to Mueller, Manafort lied about the meeting.

A former senior U.S. intelligence official, who spoke on the condition of anonymity because of the ongoing investigation, called the details about what occurred at the Grand Havana Room gathering “the most interesting and potentially significant development we have seen in a long time.” Prosecutors have alleged that among the false statements Manafort made to investigators during his interviews in recent months were key lies about the Aug. 2 meeting and other interactions with Kilimnik.

This story suggests the nature of the collusion: financial relief for Manafort in return for Trump’s support of Russia’s position on sanctions. This is not proof of collusion but the details of this meeting are some of the strongest evidence to date.

Source: How Manafort’s 2016 meeting with a Russian employee at New York cigar club goes to ‘the heart’ of Mueller’s probe – The Washington Post

The Deep State on Robert Mueller.