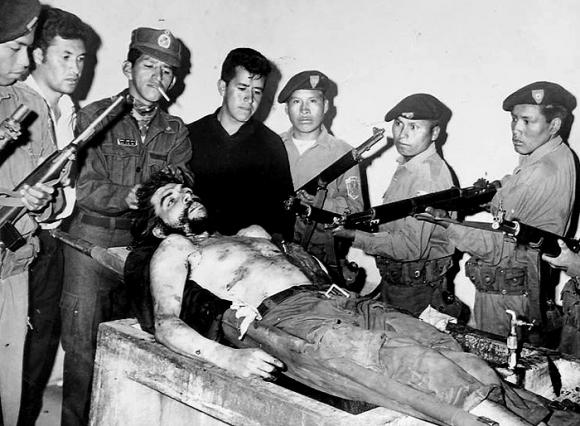 Guevara was the charismatic leader of the Cuban revolution, who sought to inspire the poor people of Bolivia to rebel. They weren’t inspired, and the CIA was on his trail.

Fifty-three years ago, at 1:15 p.m. on October 9, 1967, Argentine-born revolutionary Ernesto “Che” Guevara was executed in the hills of Bolivia after being captured by a U.S.-trained Bolivian military battalion. A CIA operative, Felix Rodriguez, was present. U.S. officials had been tracking Guevara’s whereabouts ever since he disappeared from public view in Cuba in 1965.

Source: Che Guevara and the CIA in the Mountains of Bolivia | National Security Archive

‘Last Narc’: How the CIA Did Business With Drug Traffickers